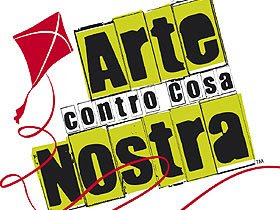 As today's news, I refer to the boycott of hundred sicilian families of the wealthy Catania, that denied the partecipation of their children to this dance exhibition.
They were scheduled to take part to an open air exhibition against "mafia" the so called "Cosa Nostra".
Their families denied permissions to take part to.
This is a signal of weakness of being judged by the community of Catania, of being reported by local newspaper and to be marked as people against "mafia".
This is the sort of fear that does not allow young generations of South Italy to start new legal activities, this is a subtle menace that like cancer, a deadly illness, will eat the good portion of sicilian people.
A lot of stories and romances have been bound to mafia, but the "Thing" still exists and eat its victims. But, alike other injustices around the wordl, courage and publicity will defeat it!