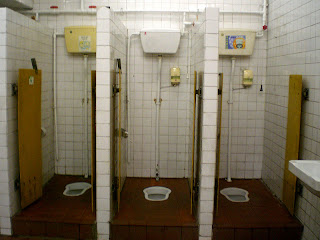 Gomorra is one of the movies that makes Italy known around the world, in the worst meaning.
As "The Gladiator" let the Japanese know that we had roman empire, Gomorra is a portrait of worst Italy, the public toilet of a town, where people is unlucky to born into.

It happens often that someone is in the wrong place in the wrong time: that depicts Gomorra.
We know that certain conditions do exist in our country, we know that corruption, cruelty and illegal activities affect the ordinary life in our Country, but we are not the only one eligigle of that.
We have only to think that most of people is honest thinking and believing, and wish to live in a peaceful way with others. This applies to everywhere, to any country. Other countries don't show their "toilets", by dedicating a movie to them....

Just to talk about figures: Italy has in jail about 60.000 people at most. 30% of them are foreigners, the other are italians. But we are talking, not of jailed people, which can be already guilty in some way. We talk of free people that are allowed to destroy and to blackmail others people life. Gomorra is about free people not jailed ones.

So can we talk of a figure of far less than the 0,02%? Can we say that a minority of about of 1000 is able to condition and to ruin the reputation of a Nation? What are we talking about?
Most countries are ruined by rotten governments, most societies are ruined by rotten people that are a narrow minority.
Gomorra is a movie of what really exists, is a movie on the dirtiest toilet in our country: but the responsability to clean and to flush it depends on us.
Otherwise, remains only a door to be left closed or worst a fetish place to admire.

Only in this way, Gomorra can be accepted as movie: we are not living in a toilet, only a minority deserves to live in it!
Pubblicato da AD1958 alle 09:21